All in all, this is a decent adventure setup with some nifty bits.  It’s difficult for me to gauge how long it would take to run; it would definitely benefit from being grounded in other general adventures in the wilderness region around the temple, so maybe this is something you could drop on the map and see what happens.  I’d also consider tying it to some other worm-forward adventure, like DCC’s Well of the Worm. 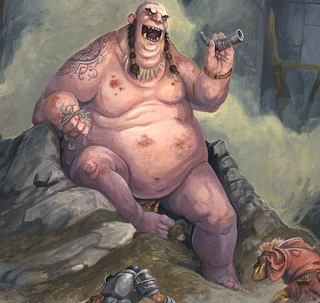