During Dungeons & Dragons Adventurers League Season Five, I ran all of the low-level content at cons and game stores, even running some of them more than once.  This post is an assembly of my micro-reviews of those adventures, and thoughts on the whole sequence.  You can read up on the individual adventures here.

Season Five of DDAL featured storylines that ran adjacent to Storm King's Thunder, and were giant-themed.  The lower-tier sequence, centered around a town called Parnast, built to the threat of an intelligence-enhanced hill giant and his minions.  The adventures are a mix of setups, concluding with a siege of the town.

Regrettably, the worst part of the mini-campaign is the heavy-handed setup that has the PCs being sent hither and thither by a faction special agent.  SEER (all caps) and her pseudodragon Hsing could've been a highlight of the whole thing, but they seemed like a drag to me.  Players were content to get the standard info-dump and move on; nobody clamored to spend time with the NPC.

DDAL5-01  Treasure of the Broken Hoard

This first adventure is an assemblage of mini-quests meant to introduce the season and to be easily played in chunks by newbie players.  This kind of setup was a Shawn Merwin special for DDAL for a while.  I ran Treasure of the Broken Hoard three times at U-Con in Detroit, and while the module does its bite-sized introductory job, what I really learned from running it three times in one weekend is that the last, loosest run was the best.  Why?  I knew the material backward and forward at that point, I'd seen two other groups go through it.  And I was probably a little tired - goodbye inhibitions.  I wasn't worried about sticking to DDAL protocol much, I was focused on having a good time and facilitating a good time.  So that third run had a lot more of my "voice" in it - both literally as far as goofy NPC voices, and figuratively in the comedic playstyle.    This mod takes place in Parnast but is not technically part of the sequence (as The Black Road brings the PCs to that town).

Same deal here - running more than once loosened it up and made for a better session.  The Black Road involves PCs on a caravan escort mission.  I know what you're thinking, escort missions are the worst, and the "caravan guard" setup is so classic it's moldy.  This module, however, does a good job of hitting the basic tropes of the whole thing as the PCs escort a devotional statue to a shrine.  Along the way, they have to deal with a sandstorm - forcing newbie players to think about what parts of the caravan to save and which to sacrifice - and humanoid raiders.  If you're a 5e DM with lower-level players, take a look at the pieces of The Black Road as something worth stealing.

Now that the shrine is restored with a new statue, it's time to party, so the PCs need to go hunting.  Unfortunately the local fey in the woods have their own thoughts about the matter.  I ran this one twice at the con as well, with the same lesson.  The first run was fine; the second run was legendary.  In the first session, the faerie prince Thornacious was a straight-out-of-the-package generic haughty fairy.  In the second run, however, I let loose, portraying Prince Thornacious as a faerie version of Prince (you know, Prince?) accompanied by a gospel choir of little pixies who acted as his herald and would sing counterpoints to things he said.  Way better, far more memorable.  Lean into your NPCs and situations!  Life is too short for generic D&D.

This two-parter is classic D&D - a ruined wizard's tower in a spooky marsh, with a dungeon underneath.  Some potentially good monster personalities in this one - the mud mephit, and the hag Mama Manyknuckles and her brood of half-ogre boys.  That crew guards the sinkhole that provides an entrance to the dungeon, and you could steal that whole sequence to use as the introduction to a completely different dungeon.  The second part, detailing the dungeon itself, is mostly traps!  It was fun to see the tonal shift at the table as the PCs realized this place was the trap-laden half of the adventure after all the combat topside.  Here's a lesson-learned that has nothing to do with this module, but I learned it during my running of it: be careful assigning an NPC voice that's rough on your throat, because you'll end up doing it more than you thought.  Related: all my gargoyles now sound like Louis Armstrong because of this session.  Although one of the traps uses the names of Forgotten Realms gods, there is a whole Elemental Evil-themed puzzle sequence later in the adventure that could easily be lifted out for something else.  If you're looking for a relatively short, low-level 5e adventure with some classic features, you could do a lot worse than this pair; it'd make a good ruins site to drop into a swamp hex on your campaign map.

Giant Diplomacy is a good example of low-level PCs involved in faction machinations: their job here is to get Gralm the ettin to promise NOT to ally with the hill giant's forces.  Or, even better, convince him to challenge the hill giant to single combat.  This mod takes place in the woods and calls back to Uninvited Guests a bit (inevitably running more parts of a DDAL sequence pays some dividends as far as callbacks and self-referential bits).  The ettin himself should be memorable and easy enough to play - he has a snooty head and a barbaric head.  Surely you can do something with that!  To make nice with the ettin's crew, your group has to attempt some feats of strength.  This mod potentially has some fun and comic roleplay.

This one's a mystery that utilizes the human residents of Parnast you've met so far, plus some new ones.  Who's sabotaging the town's defenses?  I recall this one as being one of the least fun of the series because I think it needs serious setup to pay off.  In home play you could spend more time in Parnast, make the PCs care more about the NPCs, and such, and maybe have a better result than I did.

It all pays off here as the hill giant leads his forces against the town of Parnast in hopes of destroying the shrine.  There's a bunch of backstory to all this, and of course the questgiver SEER is happy to shoehorn it in as the opening scene.  Interestingly, the adventure tells you how to play the siege as a "mini-epic" with three tables.  We ran it with the default of one, and it came out pretty great.  In the runup to the siege, PCs must lead the townsfolk in mustering defenses - making some choices as far as how much effort to expend in fortifying the town, how much in training the townsfolk, etc.  They can also range out of town to scout or try to round up allies.  All this has to be done on a bit of a timer - not only because DDAL sessions are limited in running-time, but also you want to keep up the feeling of the imminent attack.  Depending on how things go, the defenders of Parnast might be very thin at the time of the attack, or supported by faeries etc.  One cool thing: orcs mounted on giant bats try to kidnap the shrine's priestess by night.  I'm a sucker for bad guys mounted on giant animals, I know.  There are other opportunities to fight orcs as well, of course.  The final push is the siege itself, which is in part adjudicated by the PCs spending fortification, training, and scouting points they previously earned to eliminate or weaken parts of the attacking force.  With the right crowd, you'd want to do all this as a proper wargame scenario, but for DDAL purposes, it comes out pretty satisfying.  The battle ends with a proper combat against the spell-casting hill giant (mounted on a mammoth) and what remains of his forces.  One of the things I like about this particular module is that there's some creativity in the rewards (for example, if the characters scavenge the hill giant's toenails, an NPC can use them to make a single potion of hill giant strength.)

All in all, not bad.  The sequence as a whole has a good mix of interesting combats, puzzles, traps, and NPC interaction.  The mini-game bits work fine.  The only thing the sequence is missing is that real exploration -- due to the limits of time and org-play culture, you're not tromping around the wilderness having random encounters.  If you were running these for home play, I would definitely add some of that back in at appropriate places.  Also, since you aren't running in the midst of Season Five with new chapters dropping each month, you have the benefit of reading everything first.  Make Parnast matter, make the NPCs matter.  Use a map, and give the PCs enough breathing room to explore a little, especially before the clock starts ticking on the inevitable siege.

I still like Return to the Tower of Zenopus best as a 5e first-level jam, but the Parnast adventures are a pretty good sequence. 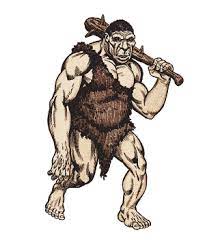