Learning About D&D From Comic Books, Part One

CAMPAIGN STRUCTURES BASED ON COMIC BOOKS

There are many different ways to structure a roleplaying campaign - number of players, frequency of play, flow of in-game time may all vary from table to table.  However, there are lessons to be learned regarding getting what you want from your campaign.  It may be helpful to look at models from outside of D&D to think about campaign structure in new ways.  For the purposes of this post, I’m using “campaign” in the modern sense - a series of game sessions - not in the classic “campaign = gameworld regardless of who’s playing in it today” sense.  We’ll come back to that later.

Let’s look at superhero comics.  Comic books run the gamut as far as genre and theme; some feature a single hero, others a large group of heroes.  If we break down “kinds of superhero comic” based on membership and flow-of-time, and look at it as a series of D&D adventures, some patterns emerge.

TEAM BOOK, MINOR LEAGUE.  A group of PCs who only adventure together, never solo.  Membership may change over time, and the group might temporarily expand or contract.  The adventures are generally serial and without pause, as the heroes have nowhere else to be and don’t exist outside of the team adventures. 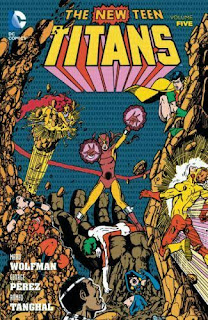 TEAM BOOK, MAJOR LEAGUE. (Avengers, Justice League, Fantastic Four)  A group of PCs who adventure together; some PCs may have solo adventures outside the group, others perhaps not.  Membership may change over time, and the group might temporarily expand or contract.  The adventures may be serial or more episodic, in part because some members may be elsewhere having separate adventures. 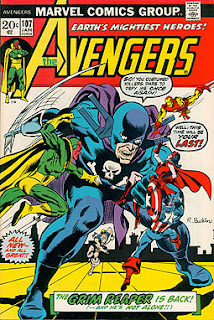 THE “NON-TEAM”. (Defenders) A group of PCs who each have their own solo adventures, but come together periodically to address a shared threat or mission greater than any one of them could tackle.  Guest stars may be common.  Adventures are typically episodic, and as one chapter ends, the PCs split up again, only to reunite again at a later date to address another issue. 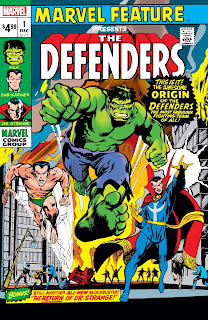 THE SOLO. (Most superhero comics!) A single PC has adventures in serial or episodic format.  The solo nature of the narrative produced allows for more time spent on friendly NPCs, romantic entanglements, personal problems, and the like. 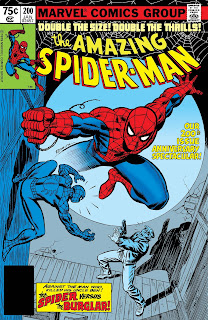 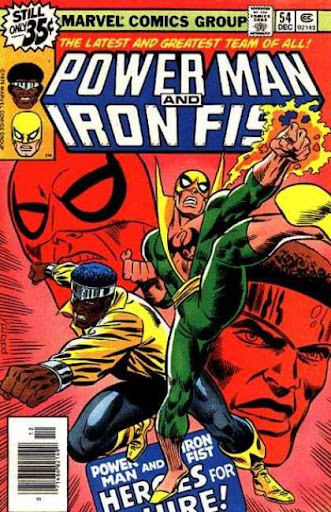 THE TEAM-UP BOOK. (Marvel Team-Up, Marvel Two-In-One, The Brave & The Bold, etc)  Basically a rotating duo book.  A main PC teams up with different other PCs, usually one at a time.  Only the “main” PC is constant, although the “guest star” PCs may return periodically.  Adventures are typically episodic, and may be themed to a subgenre or location more appropriate to the guest star than to the main hero.  (ie when Spider-Man teams up with Doctor Strange, you’re getting a mystical adventure; Strange isn’t showing up just to help Spidey punch the Scorpion.) 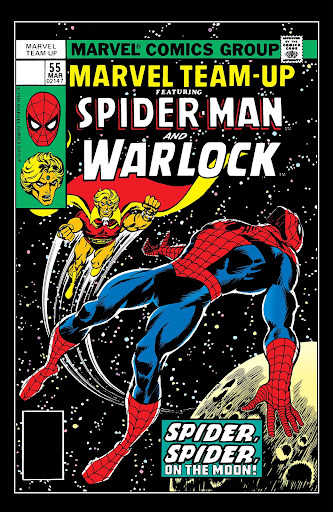 THE CROSSOVER.  Two or more of the above structures overlap for a limited time, usually with a single goal or mission, or united against a single threat.  In many cases the PC groups will temporarily clash before uniting.  Often the PCs will be forced by circumstance to split up into smaller groups, each one combining members of the two different teams. 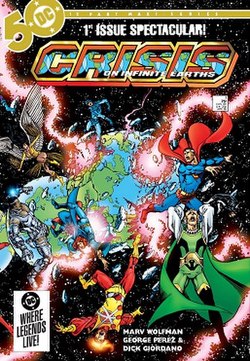 As we look at these structures, we have to ignore the relative power levels of the superheroes as we understand them, since we’re talking about D&D and not some narrative system where Superman and Robin have the same value.  However, as stand-ins for D&D PCs who may or may not have different kinds of adventures, they work if you squint. We'll look at a few of these more in depth in later installments on this blog, especially talking about using alternate campaign structures like the solo and duo, and thinking about crossovers.

Most D&D campaigns are, by this diagnostic system, “minor league team books”.  The PCs have adventures together, and are never adventuring apart.  Membership changes when a PC dies, a player leaves or arrives, or there’s a strong organic need for somebody to swap characters. This is certainly the way I played throughout most of the 1980s and 1990s - perhaps you did as well - and it has become the default playstyle.  It’s to the point now that this playstyle also seems to presume that the PCs all sit at the same power level and advance together, not only because they’re always playing together, but because the mechanics of the game ramp everyone up at the same rate more or less, and it’s become a goal of play to maintain that.  Remember that for a moment. 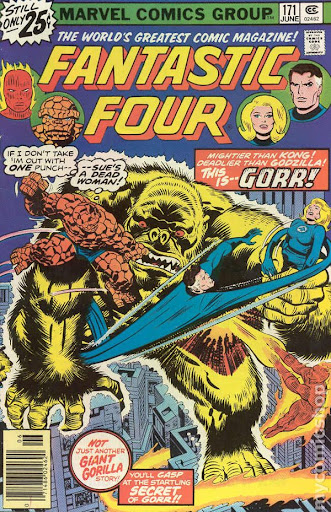 Most of these campaigns are not only closed in terms of participation, but sealed in time - once they’re over, they’re over.  Characters from this story may show up later in another story, but generally each campaign is considered separate, perhaps even taking place in a different world, or - because they are run by different DMs - considered to be not in continuity with one another.

Campaign setups with fewer players can and do work just fine - the duo, the solo hero, and so forth.  In most cases those campaigns are also closed and sealed, as above.  So long as these are the default playstyles - closed, sealed - campaigns exist in their own bubbles and rarely affect one another.

Let’s return to the xp question.  In your “standard” team book campaign, everybody earns xp together.  Maybe somebody falls a little behind because they missed a session, or maybe everybody is marched forward by milestones regardless of participation.  These kinds of setups tend to have the assumption that everybody is the same power level, everybody shares the major goals, and everybody will advance (roughly) at the same rate.  Any other campaign structure will break that assumption, as PCs will definitely be gaining xp at different rates (Thor has his own comic, so he earns xp solo and when he’s doing Avengers stuff; the Black Knight doesn’t have a solo comic, so he’s only earning xp during Avengers comics).  You could do something different with this, and have Spider-Man gain xp at a greater or lesser rate depending on whether he’s teaming up, but let’s not go there today -- it’s needlessly complex and we’re only talking about some basic concepts here. 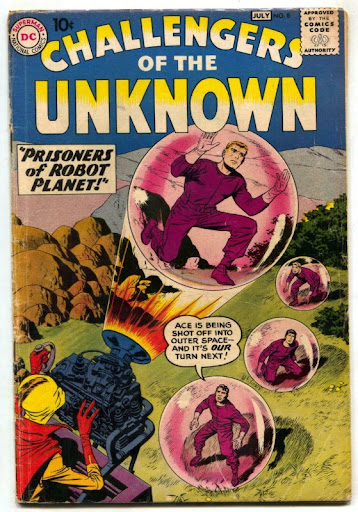 A classic old-school, or wargame-style, playstyle breaks all of this in a couple different ways.

First, the assumption that there will be many PCs/players, and they will not advance at the same rates.  The more you play, the faster your PC advances (presuming survival of course!).  The open table concept falls here - you’ll have players who only show up once, and that’s okay, and what their PC does that night is just as canon as anybody else’s actions.

Second, the assumption that the world moves on at a steady rate regardless of your participation.  In some cases this is down with “1:1 time” (the benefits and drawbacks of which are better explained elsewhere), or in some cases it’s just “we play on Fridays with or without you”.  The clock doesn’t stop because your players did, because you don’t just have these five players!

Third, player-driven action means that PCs can recruit one another for particular needs.  When Spider-Man needs help fighting vampires, he calls Blade, because even though they don’t regularly hang out, they know each other from a previous team-up (or a friend of a friend!).  Similarly, if there’s a temple full of undead that the regular PCs can’t crack, why can’t they call every cleric and paladin they know and ask them to show up for a special sortie?  In the classic campaign structure, they can, and they should!

The good news is that this kind of structure opens things up considerably.  Imagine if your world moves forward on its own and is not beholden to the whims of a single group of (fickle!) players.  Perhaps you have a regular Friday group (your Avengers), but also run on other nights...like so:

If all these games are in continuity with each other, and mapped meaningfully to a calendar, you’ve managed to be not only an exceptionally busy DM, but the master of a living world.  It doesn’t matter that most of these PCs may not interact with each other.  They could.  It’s allowed.  Nobody’s stopping you.

When that play-by-post is over, run another and invite a different mix of folks.  Invite the con players to bring their new convention PCs to your online game.  Invite the guy from the solo game (H) to sit in on the regular game for a couple sessions.  Mix and match. 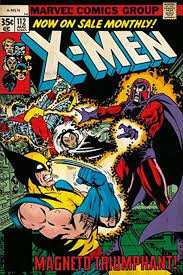 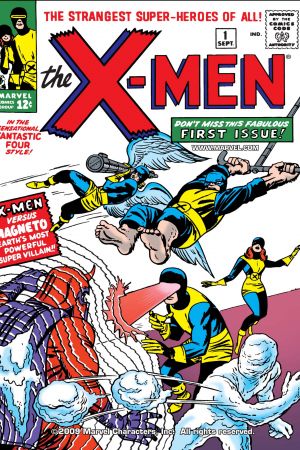 More players = a more resilient campaign.  Actually, I’ll go one better - more players means an ANTIFRAGILE campaign, where stressing the system makes things BETTER because of things that emerge via real play.  If you’re not familiar with the various mappings of the social network of the Marvel universe, search ‘Marvel social network’ and check it out.  More players, more players.  If I were to give generic advice to spruce up any D&D campaign, it would be “play more, with more players”.  It’s just that simple.

As we move on through this series of posts, we might have a lot of "thoughts" and few "answers", but that's okay. Future installments will discuss solo & duo campaigns, running team-ups and crossovers, getting someone else to be your Doctor Doom, and beyond. 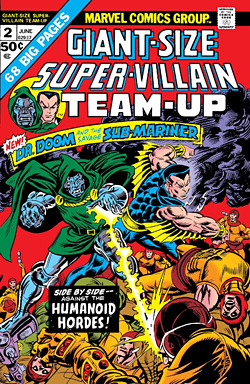