#JULYGANTIC: A Question of Ethics

A Question of Ethics is a short 3.x-era adventure from the WotC website, aimed at four 12th-level characters.  And it’s by Monte Cook, so you know it’s gonna be [whatever adjective you’re expecting to be here].  Let’s read!

There isn’t much to this one beyond the conceit of the PCs deciding how to interfere (or not) with the conflict between the adventurers and the stone giants - a little piece of faction play.  You could harvest the wizard tomb and map, and the Arcane Challenge.

"Let's use this cattle disease to kill off the stone giants" is absolutely a PC scheme. 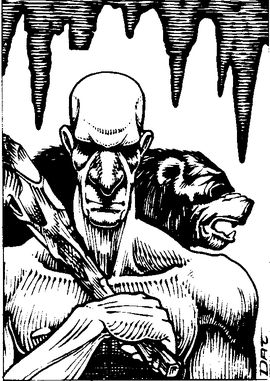