I'll eventually get all of this in a pdf or something, but here's the lowdown for playing Wampus Country in the G+ campaign or pickup games.

FLAILSNAILS PCs are generally accepted.  Weird equipment may be nerfed while you're here or held in a secure pocket dimension until you depart.  Haven't had to do it yet, but you never know.

If you need to roll up a brand-spanking-new PC (or just want to start a Wampus native), use Labyrinth Lord, either the basic or advanced version, as you please.  Alternate LL or B/X-compatible classes are probably okay (including stuff on folks' blogs, Creature Crucible, whatever), but it pays to double-check with me first.

If you have a PC from the "proto-Wampus" game I ran on gchat last year, you're already good to go, but talk to me first so we can bring your equipment in line and make sure everything's cool.

Magic-user and elf (or "elf") Wampus native PCs do not start play with access to spells from the Arcane Abecediary, but may learn them through play.


HOUSE RULES IN EFFECT include, but are not limited to:

Armor modifications: "A Tuxedo Is As Good As A Cuirass" 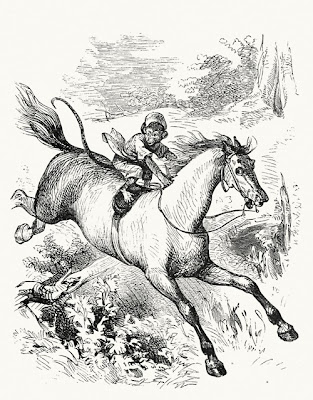 BEING A MAP OF DUBIOUS ACCURACY 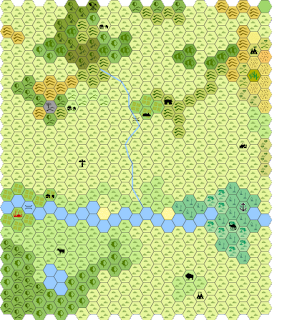 See that town near the N/S river in the middle of the map?  That's Thistlemarch.

On the wider E/W river below, the red town is River-Town; the anchor in the middle of the swamp is Frogport.