Over on the Twitter, Aaron the Pedantic asserted that resurrection in AD&D was more prevalent than in the Appendix N literature that inspired it.  That seems true enough to me given that AD&D even HAS resurrection in it.  Which Appendix N material has a straight-up “resurrection by priest” in it? 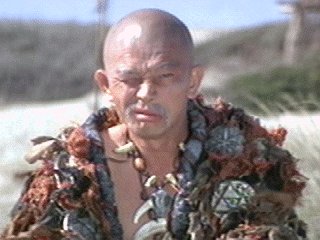 But the conversation gave me the impression that Aaron, and perhaps others, think resurrection is as common in AD&D as it seems to be in some later editions.  I don’t think it is - purely the gut talking here.  I can’t remember any resurrection in any of my AD&D games going all the way back; nary a one.  I remember one time the party had to settle for a reincarnation, and that was a huge deal at the time.

Skip over the lower-level raise dead for the moment, which is great and all, but you need a fresher corpse. Let's stick with resurrection, since that's the verbiage we were using in the Twit thread. Resurrection is a seventh-level spell, so you need a 16th-level cleric with 18 WIS to cast it (PH20). Presuming you don’t have an 16th-level cleric in your party, how do you even get access to a resurrection spell?

You can't encounter a 16th-level cleric in a dungeon unless you're on the 16th level (or lower), per DMG175.

Seems like you’re better off finding a suitable cleric on the overland map.  Maybe you know of one, in the big city in your campaign.  I hope you do, because coming across a friendly resurrection-capable cleric while exploring the wilderness is extremely unlikely.  Again, I’m just farting around here, and welcome commentary and picking-apart of any of this.

Chance an uninhabited area has a fortress: 5% (per DMG182, Outdoor Random Monster Encounters)   These seem like parallel methods; let’s default to the higher chance for our purposes here, 5%.

But also have Humans result thusly (sending us to the Monster Manual for details):

Only four kinds of humans can be in that castle; let’s presume we’re rolling a 1d4 here and there are equal chances of the four.

Bandits can only have 5-6th level cleric

Dervishes do much better, up to 12th level, but that won't hit the mark.

In order to have access to resurrection, the cleric must be 11th level and have the capacity to cast 7th-level spells (requiring 18 WIS, but note that NPC clerics get a +2 WIS; let’s presume for the sake of this investigation that any given 11th level cleric has 18 WIS).

Taking even the most generous spreads, that’s:

Am I gaming this out right?  Do you actually have a better chance of finding a Dervish fortress in the wilderness than you do an other-cleric-owned castle?  That’s pretty interesting by itself.