In 2017, for TridentCon, we attempted to run The Golden Crab Mallet Awards - clearly the premiere rpg-related awards process.  We solicited pdf entries in two categories: "Free Product" and "Fun Adventure".  That was it.  We had five judges, three from TridentCon, and two volunteers from The Internet. The nominees would be read by the judges, there would be voting, and the winners would be announced at TridentCon 2017, showering great prestige upon those who wore the laurels.

Since it's GenCon and Ennies Nonsense Time, let's look back at those products and the winners from five years ago.

Excavation of the Tomb of Lorninane, Jason Hobbs, Hobbs & Friends

First off, note the nice participation by small publishers you've heard of - I am very grateful that TridentCon was regularly privileged with assistance from small publishers, whether it was in an endeavor like this, or in providing prize support for the con.

I still haven't run Crypts of Indormancy, and I should.  I've run Mortzengersturm, though - which is no surprise given the tone of the thing and my own preferences.  I also ran Excavation of the Tomb of Lorninane at some point, although I don't remember much about how that session went.

"Free Product" is a weird category since it can include rules, adventures, curated lists, or who-knows-what.    I need to take another look at Tombs of Atuan, I've forgotten what that one was all about!  There is so much free content out there, including stuff on blogs, that you could fuel your imagination and your campaign for years to come without ever throwing a coin into the coffer of Some Controversial PDF Reseller.

I strongly encourage you to support small publishers, independent authors, and blogger-types by checking out their stuff!  Maybe it's time to do a 2022 Golden Crab Mallet Awards? 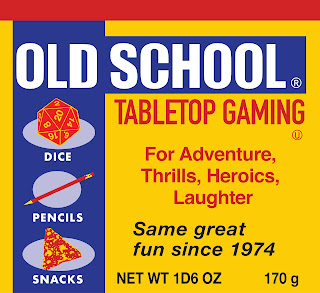