Colony of Death (and Rabbits)

If you haven't checked out the new online rpg store in town, Big Geek Emporium, you should.  It's early days but this is a good time to stress-test the place and investigate products from small presses with which you may not be familiar.  And some you know - I uploaded some Wampus Country pdfs up there as well.  I picked up some stuff at the Emporium last night, including Colony of Death (which I already had somewhere) - so I want to tell you a bit about these adventures.

Colony of Death, by Mark Hess, is a mini-setting for Lamentations of the Flame Princess that brings the action to 17th-century colonial Maryland.  As a Maryland native who went to college at St. Mary's, I'm already partial to the gimmick.  But, bias aside, Hess does a good job here of giving us an interesting basic setup - the colony, a hexmap to populate, and random encounter tables that reflect the time period but also inject suitable weirdness.  There are also several short adventures, or adventure setups.

The first adventure in the collection has the PCs dealing with a mystery and a serial killer (we did say LotFP), but importantly one of the likely rewards for dealing with the issue is a land grant.  This kind of setup is imperative to getting the PCs thinking of themselves as movers and shakers rather than murderhobos - once they own some farmland upriver, they'll have a homebase, something to invest in, something to defend, and they're going to really start giving a damn about what goes on in the colony.  Other adventure setups feature Pennsylvania Dutch-style hex magic and the conflict between two magical critters, some awful Viking relics, and of course a good old-fashioned witch-burning.  There is a short appendix about the contemporary tobacco industry which you're going to want to have the players read once they set up some tobacco farms on their land!  A supplemental page that comes with the book (and is PWYW elsewhere) details a new sorcerous foe, the buffalo shaman.

The Doom That Came To Chapman Farm is a full adventure for Colony of Death - if you're running CoD, go ahead and pick this one up as well, but you could run this adventure transplanted to your game quite easily.  The adventure is all about a descendant of magician John Dee who comes to the colony and immediately gets in over his head with magic he hasn't mastered.  Now you have this demonically-possessed axe-murderer holed up in the Chapmans' house, with hostages.  Oh, and there's something awful in the barn.  Nicely illustrated in black and white, this adventure brings the weird and would make a pretty good con one-shot to boot.

Unrelated to Colony of Death is Rise of the Lagomorphs, the cover of which sells itself ably with the medieval illustration of a giant rabbit decapitating a man with an immense sword.  In this LotFP adventure - set in England but easily repositioned to Maryland in my opinion - something bizarre is mutating the local rabbits.  They become legion, then they become big and intelligent, and then...  The whole thing moves fast, the rabbits are aggressive dog-sized specimens one day, and man-sized and intelligent soon after.  Run this thing like a horror movie and I think you'll get your payoff.  The PCs will do battle with the newly-uplifted army of rabbits, led by their charismatic king...  this one could be a con session as well if you paced it right.  Definitely memorable. 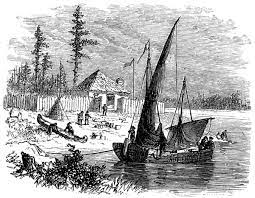