Giants are great.  They're a huge part of D&D.

Dad jokes aside, giants of all sorts bring an important folkloric tradition to your D&D table.  Dragons get top billing in the game, but giants are just as important to the vibe of the game.

So we need more giants.  I mused about what to do...one of those fashionable game jams?  Probably not - those are focused on writing, not on running and playing games.  Thus, instead of a charge to create content, I offer a call to arms. 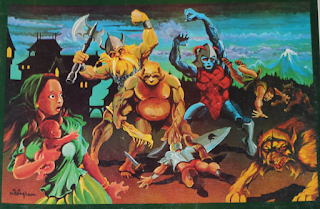 Any giants.  Any game, any edition.  Whatever floats your boat.  Against The Giants is the tip-top, but anything counts.  We're looking for nice mythic humanoid giants here, though, so be aware that kaiju and giant robots won't count for full credit (unless you run Glacial Rift as a nest of kaiju and the PCs are in mecha or something - if you do that, I definitely want to hear about it). 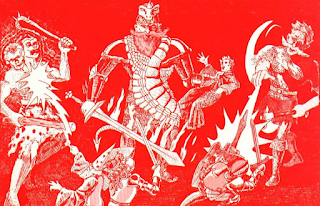 THINGS YOU SHOULD DO

1. Run or play all or part of Against The Giants.  This is the pinnacle representation of #JULYGANTIC.  The old versions are best, but if you're in the middle of a 5e thing and want to run the 5e version, do that.

2. Run or play in something else featuring giants.  This could be another classic module with giants in it, Pathfinder's Giantslayer adventures, Storm King's Thunder (or That Dungeon Magazine Where They Did King Lear The First Time), DDAL stuff with giants in it (Season 5 or otherwise), or whatever.

3. Throw some giants into your home game.  Add them to your wilderness charts, even if it's a temporary bump.  In the month of #JULYGANTIC the Big Ones get frisky and incur into human lands.  Play a miniatures battle with giants in it. 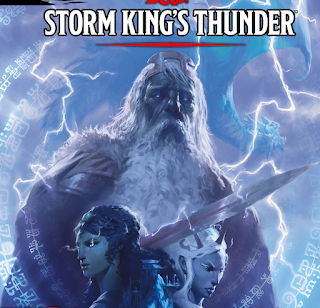 4. Review something with giants in it.

6. Muse about previous sessions with Giant Stuff in it.

These things are all optional and sub-optimal because they don't involve PLAYING THE GAME.  Playing is our goal. 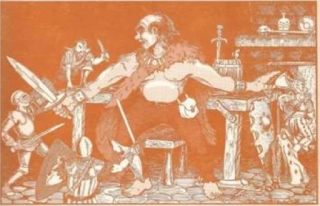 THING YOU MUST DO

Post about it somewhere, tagged with #JULYGANTIC.  Full session reports if you can manage it, because that's how we learn.

It's just that simple.

For my part, I look forward to not only blogging about Giant Stuff (less helpful), but also running some Giant Stuff (much more helpful, and precisely the point). 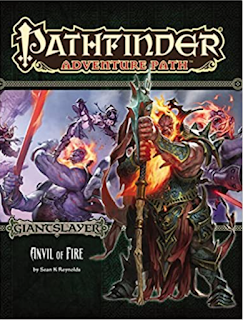