The Wild Cornucopia of Gloriana Majestrix 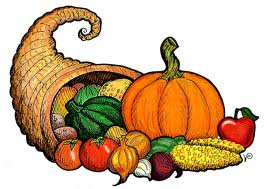 Many on the frontier pay passing homage to the goddess Gloriana, sometimes styled Majestrix, for she embodies the exploration of Wampus Country in many ways.  Gloriana is the bounty of the wilderness - the idea that all this food, lumber, and living space are just out there for the taking if one only has the courage to reach out and grab it.  Some farmers maintain a small shrine to Gloriana, for although they be agents of agriculture, they are keenly aware that their tamed land has been parceled out to them by the wilderness Herself.  Some adventuring-types also bow their heads to Gloriana Majestrix, although they may take her "go out and grab it" philosophy in a slightly different direction. 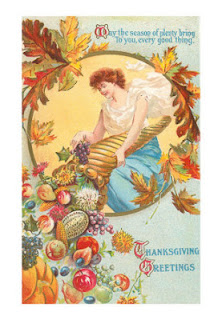 The goddess herself is pictured as a young (or sometimes matronly) woman clutching a cornucopia, sometimes accompanied by a shield on one arm or mounted upon her back.  Although sometimes drawn wearing a massive fruited bonnet, and other times with russet locks flowing in the breeze, she is inevitably barefoot.  On occasion she is accompanied by one or more brightly-colored birds, or by a swarm of bees.  Copper charms bearing the image of the Majestrix are sold in most towns as luck-charms, and wards against starvation while traveling.  In some ways Gloriana resembles a hearth goddess, using similar terminology - it is she who sits at a loom and weaves the fabric of the land, for example, she who stokes the fires beneath the mountain to keep the world warm.  Festivals acknowledging Gloriana Majestrix are held in the Spring and Autumn, and are themed around the planting and the harvest.  More than once in the past decade these festivals have been interrupted by black-clad assassins of death determined to act against the cult of Gloriana.

Clerics dedicated principally to Gloriana are but a mere handful, but they certainly make their presence known wherever they go; here they are delivering warm speeches on streetcorners, there they are tagging along with a posse of ne'er-do-wells and dragging something valuable out of the woods.  Some time ago in Thistlemarch, a priest named Roland made a bit of a name for himself around town by discovering, along with his fellow gentleman-adventurers, the forgotten subterranean abode of a long-dead sorceror.  Roland was affable, well-liked in town, and known for applying his cleverness to the constant problem of "how can we profit from this seemingly-unsellable loot?"  Sadly, he and his companions have not been seen in town in over a year - perhaps they are off on another quest, or perhaps they have been devoured by wampus-cats somewhere.

In a later installment we shall investigate the connection between the Gloriana cult and the rainbow-striped zebras, and perhaps look into a certain rare type of brutish lycanthropy associated with her worship.
Posted by Erik Jensen at 12:09 PM