THOUGHTS ON UBIQUITOUS SORCERY
Opinion by Harcourt Runcible, Esq.
(as published in the Gazette two weeks ago)

It would be of no great inaccuracy to state that magic is everywhere in the Wampus Country, yet such a proclamation yields no real useful information.  Equally fatuous would be to suddenly notice that fish tend to be surrounded by water.  Of more use to the keen mind is careful consideration of those tangential points at which our society touches the raw, feral sorcery which thrums throughout the warp and woof of the frontier - and it is upon that subject which I shall now enlighten the Gazette's gentle and ignorant readers.

Thrust your mind backward in time, if you will, to the most recent occasion upon which you felt the need to consult a wonderworker of any stripe or hue.  Perhaps you partook in a minor restorative ceremony at the local church (no doubt surrendering several bills in the process) - or perhaps you sought out a local wizarding-type for some specific aid.  Everyone has a need now and again, and as a wise man once said, the business of Wampus Country is business; thus for each need, a commercial enterprise has arisen, in some cases specialized, in others, more general.

A few scant blocks uphill of my picturesque office, here in River-Town, there meanders a crooked, grey-cobbled street which is host to no less than seven different thaumaturgical businesses.  And why not?  These are the days when any man can hang his shingle and ply a trade - or an illusion of a trade - allowing the market to decide who prospers, and the hindmost tumble into the Midnight Sea.  Two of the gentlemen who claim to be wizards along that stretch of road are general practitioners.  One specializes in astrological counseling, one in fairy matters; another claims to speak to the dearly departed in exchange for the dearly minted, and another hawks his dowsing-ability to find not only well-water but also missing keys.  The seventh worker, a raven-tressed sorceress of dubious morality, is said to have truck with all manner of nightmares.

Cogitate, if you will, on the sort of society which would allow all seven of these bent minds to not only survive economically, but even thrive!  The days of bearded ascetics stomping about in musty towers are behind us, surely, when any civilized man with a pocket full of dimes can procure a reasonably efficacious love-potion.  And yet, still, something is missing.  The petty storefront wizards of River-Town are little more than fashionable apothecaries!  Where is the true wonder of sorcery?  I shall inform you, dear reader - it lies deeper into the frontier.  Tuxedoed wags scoff at the lonesome pines and waving grasses of the Wampus Country proper, eager to rant over a pint or two about how River-Town is the sole bastion of true civilization in this part of the world.  And if it is, then civilization can hang - for I say River-Town is, in truth, the sole vestige of the old ways, a crippled greybeard hobbling through a sea of eager children, shouting in vain.

I have myself made numerous sorties into the wilderness, and lived to tell about it to those with the patience to truly listen.  And I tell you now, it is in the wilderness that the magic lies.  What use are patent medicines that proclaim to contain a scant drop of gorgon's blood?  If you can purchase it in a store, my friend, there is little magic in it - for magic is wonder, and wonder can be harvested only from the unknown.  Remain "civilized", if you wish, and content yourself with venal magic in little green bottles pasted with pre-printed labels bearing the name of some university graduate -- I have seen savages transform bodily into predatory cats by means of wooden masks soaked in the blood of their ancestors.  Just as a man who has truly known the sweeping emotions of love looks back on a grade-school crush, so too do I wistfully acknowledge the small sorceries of the city: just as distant, just as meaningless.  Ubiquity minimizes meaning, my friends - compare the omnipresent dust on your mantle to a distant mountain peak; such is the disparity between the civilized sorceries and the raw, unbridled majesty of frontier magic.  The wizards of River-Town are little more than pathetic con men, pawning off the finger-painting of lobotomized gibbons as avant-garde artwork. 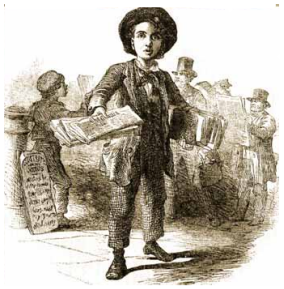 Well-known author and frontier explorer, the learned Mr. Harcourt Runcible, was reported missing from his bedchamber yesterday by his long-time maidservant...
Posted by Erik Jensen at 7:17 PM