slooptippy - noun.  1. Hideous, gape-jawed canids which pass the time by picking up sticks in their mouths and attempting to spank one another from positions of stealth.  2. Drinking game derived from behavior of same.


angafel - noun.  A thematic dictionary of inference, in which words are not defined directly; instead, each word is vaguely referenced in a short story a page or two in length.

blemmis - noun or verb.  1. A word used to signify that the speaker does not know the answer to the question posed, but cannot stand to be so impolite as to say so directly.  2. To awkwardly avoid a difficult situation.

chempovagums - noun.  A book consisting of a sequence of wordless illustrations, intended as a moral lesson for the illiterate or a taunt for the blind.

phoolcom - noun.  A preserved flower in a vacuum-sealed bottle, carried by explorers as a companion.

appoinepidals - noun.  A series of wooden racks which hold paintings horizontally, face-down, over water, so that fish may appreciate them.

quavora - noun.  The option in the middle of other options; a compromise course of action.

shangtmap - noun.  A single blossom sprouting from a discarded shoe; the flower, much coveted by sorcerors, cannot be seen directly and must be observed with peripheral vision.

ektreem - noun.  A soccer-like sport in which a rubber ball is propelled toward a dangling hoop with alternating kicks and swats from a wooden paddle.


condindock - noun.  The oppostive of active, without being inactive; a state of laziness characterized by doing something meaningless while avoiding actual work.

swartful - noun (1) or adjective (2).   1. A powerful martial arts move involving simultaneous headbutt and throat-strike.  Hand over my money, or I'll do you a swartful.   2.  Exceedingly difficult to enact, yet final.  As in "Howling, he struck a swartful blow, and into the pit the beast did go", in the children's rhyme.

gesterammer - noun.  A houseguest who doesn’t actually know anybody, but stays anyway; ie, a party-crasher who somehow spends the night on your sofa.

murdstaked - adjective.  Covered completely in dried dung.  "The savages stepped out of the mist, murdstaked and hungry for blood-glory."

hoofilly - adverb.  Moving as a hoofil does, with elbows bent akimbo and forelimbs flapping wildly.

prodler - noun.  A criminal who dresses and acts as a normal person, but is compelled to reveal himself to be a villain mid-crime. 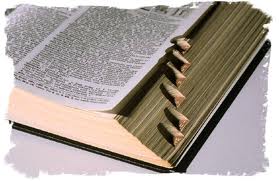