If you're not getting your gaming fix in person, and you're still not playing online...you're missing out.

There are so many different games being played - via Google Hangout, via Roll20 or other virtual tabletops...  there's no excuse anymore.  Some folks say that playing online isn't the same as playing face-to-face (of course it's not).  Some will tell you that it isn't as satisfying (which is comparing pizza and cheeseburgers).

Forget all that.  I'm loving it, and you should give it a shot.  The game for you is probably out there.  I've seen people play World of Darkness stuff, ICONs, every indie game under the sun, Shadowrun, Traveller, and six million variants of old-school D&D.  And if old-school D&D is something you're into (and I presume it is, because you're reading these words), you need to know about a thing called FLAILSNAILS.  If you're not familiar, go google it now - the first result should be a post over at Jeff's Gameblog laying out the concept.

Within FLAILSNAILS, your PC can jump campaigns willy-nilly between any and all participating games.  You can be trekking across the desert fighting man-scorpions one week, and delving in a mega-dungeon the next, accruing xp along the way.  It's a great way to sample all kinds of DMs, settings, house rules, and tones, and it's a ton of fun.  So much fun, in fact, I'm going to spend the rest of this post telling you about my FLAILSNAILS PCs and what they've done.  Yes, the cardinal sin of "tell me about your character".

The first PC I created - well, no, let's do him last.  Because he's the one that's still alive, and that makes him a badass.

I rolled up a fighter (knight) for the Flailsnails Jousting Tournament, which brought together both established world-jumping PCs and freshly-rolled knights for a play-by-post run at the lists with fabulous in-game prizes.  Sir Polycarp had mediocre stats and a crap Charisma, so I decided he was a portly, greedy, entitled son-of-a-bitch who wasn't afraid to treat people like dung.  He had the opportunity to do a little smack-talking, and then proceeded to get killed on his very first tilt.  Stone dead.  Later, a cleric from a different campaign surreptitiously purchased the corpse of Sir Polycarp from his "loyal" retainer Dog's-Arse.  One day poor Polycarp might be resurrected to fight in a war on some far-flung campaign world...

My second knight for the ongoing joust, I decided, was going to be a Wampus Country native, and why not?  With the scores I rolled...ugh.  Thus was born the terribly fragile Father Tobit, the Oldest Man In Wampus Country, also known as the Dread Vicar of Cadaver Canyon.  Easily in his nineties, Father Tobit, a cleric (naturally), had to be lifted up into the saddle by his retainers.  He was a toothless, senile, cackling wonder, and I loved him.  I did a lot more yakking in the play-by-post this time around, and felt like maybe Tobit was on the way to making some allies - he even won a round of jousting.  Then, on the first tilt of the second round, Tobit unfortunately had a lance get under his helmet and pierce him through the throat and skull.  Stone dead.  I should perhaps mention that, as luck would have it, both Polycarp and Tobit were killed by the same damn knight.  The player of said knight was apologetic, but it wasn't necessary, because it was freaking hilarious.  Anyway, Tobit's memory lives on, as he was supposed to be one of the clerics in Thistlemarch for my own game.  Instead, he became a rumor and a void to be filled, and the Church of the White Mouse has struggled to find a replacement for his parish, which generated plot for the Wampus Country game. 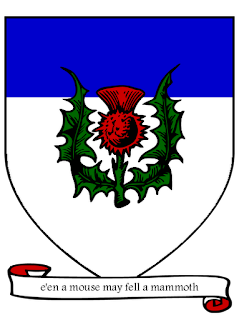 There's another jousting tournament coming up, and I may try yet again.  If so, I'll roll up a new knight, and use the name and heraldry my son came up with months ago when we were round-robin telling a story about knights and castles.  Get ready, multiverse, here comes Sir Clickety-Klack! 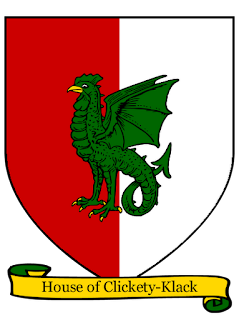 So now we come back to my first FLAILSNAILS-compatible PC, and the Mole's Tale.

I signed up for a game of Teenage Mutant Ninja Turtles & Other Strangeness, a game I loved back in the day.  It was to be run using the After the Bomb setting, wherein mutant animals are the majority in a post-apocalyptic world, and more specifically we'd be using the Avalon part of that setting - mutant knights, Arthurian this-and-that, etc.  Very cool stuff.  I randomly rolled a species, and ended up with a mole.

Maybe some players would have been disappointed with a mole, but not I.  Especially once I rolled some stats and bought the little guy's powers (after agonizing over how to spend the BIO-E points, as one does in this game).  It looked like Bumphrey - that was his name - was kind of a little badass.  He was strong, relatively tough, and he could tunnel like the dickens, because he was a soldier and a sapper.  In picking his skills, I went with a bunch of "support" skills as I envisioned him as being this friendly, happy-go-lucky mole dude who traveled with his army unit, singing and telling jokes and making dinner.  He had a 'Winnie the Pooh' vibe going on, if Pooh-bear occasionally hulked out and put an axe through somebody's face.  He had cooking and dancing and singing as skills, as well as 'giant insect husbandry'.  In Avalon, they use giant insects for mounts, and that was Bumphrey's bag.  This will come up later.

That first adventure, Bumphrey teamed up with an elf-turned-mutant-peacock from another campaign and ended up getting shot at quite a bit, but they put the hurt on the bad guys as well.  There were encounters with some "droogs" and pumas and SAECSN troops (pronounced 'Saxon' in the setting, get it?).  Turns out, the man-mole is a really great shot with a Winchester rifle!  Bumphrey loved following the peacock around, as the peacock was a knight, and Bumphrey - being a commoner according to how the setting worked - had idolized the knights since he was a child.  He even got a chance to use his cooking skill to make a fine stew to impress the (potentially-hostile) droogs.  The game went on pause after that session, but the characters didn't, because of FLAILSNAILS.  I translated the mole-man's Palladium stats into Labyrinth Lord stats - making him a dwarf, because that made sense with the mole thing - and next thing you know, he's roughly compatible with a hundred different games.

Bumphrey's next adventure found him on a mysterious ship at sail on the seas of fate.  Following a dinosaur attack and a mutiny on the ship, Bumphrey and his soon-to-be companions leaped overboard and swam for a nearby island.  Of course, that island was in fact an ancient Serpent Ark, the time-and-space-travelling tomb for these crazy serpent-men.  Some delving and combat ensued, as one might imagine, as although all the serpent-men seemed to be dead and mummified, there were guardians and wild beasts to be dealt with.  In this adventure, one of Bumphrey's companions was Sir Alan of Partridge, who wielded the legendary sword Chatscalibur - so of course, as a good Avalonian, Bumphrey called him "my liege" all night.

The third adventure was also at sea, so that was nice and themey.  Bumphrey was fished out of that magical sea and found himself aboard the HMS Apollyon, a long-abandoned ghost of a megaliner ship that was now essentially a floating megadungeon adrift through spacetime.  Needing to earn his keep in order to be fed and housed, Bumphrey joined some other riff-raff in searching the bowels of the ship for useful junk.  During that adventure - which at one point involved a weird human sacrifice and some fish-cultist diving-suits - the party was confronted with a species known as the crawling death.  Crawling death?  They looked like little earthworm/dog halfbreeds!  Bumphrey saw earthworms and realized there was an opportunity here.  Multiple attempts to secure a live crawling-death or an egg sac were fruitless.  Our poor man-mole was frustrated.  Then, while the group was investigating an old office, up through the rusty flooring came the largest worm-dog-monstrosity any of us had ever seen.  It was huge, had numerous legs, a slavering maw, and what looked like horrific human faces down its flank.  Obviously, we had to kill it.  Using his knowledge of how giant insects work and think (okay, not really, it was just a good roll), Bumphrey climbed up onto the worm-beast's back and hacked the bejeezus out of it for several rounds, scoring the killing blow.

Where will Bumphrey travel next?  Only time will tell, but I do know this.

Bumphrey is this close to hitting second level.

He's got a 16 Strength and a shield made out of a U-turn sign from the future.

He has gone swimming in the Seas of Fate (yes, those Seas you're thinking of); he has delved into the Ark of the Serpent-Men and a luxury liner the size of Manhattan, and survived.

He is the mighty Bumphrey, the Man-Mole From The Future; he is the Saxon-Slayer and the Worm-Rider; and he's not going to stop til he hits maximum level or dies in the attempt.

Oh, and if he dies?  There's a game where I can play his ghost in Hell.  Because FLAILSNAILS.