By "Simpsonization", I don't mean "starts out really funny then goes downhill yet never dies", althought that might apply to Wampus Country as well in time.  I'm referring instead to the tendency for some campaigns to accumulate NPCs who then become perhaps a larger part of the game than was originally intended for them - either because they turn out useful for the GM, useful for the players, or entertaining for both.  It can be difficult to predict which NPCs (recurring or otherwise) the players will "fall in love with".

In a game like Wampus Country, the phenomenon is exacerbated by a couple of factors.  First, it's a comedy game, so there's a decent chance the players might find an NPC too amusing to kill off.  And secondly, outside of obvious antagonists, it just doesn't feel right to go murderhoboing your way through the game for the most part.  So we end up with a large cast of potentially-recurring NPCs who pop in and out, just as on The Simpsons.  Let's take a look at some of these NPCs, where they came from, and how they've interacted with some PCs.

Three witches turn up the most, and that's mostly by design.  PCs need somewhere to go for magical expertise, to buy lesser potions and oddments, and to occasionally grab fetch-quests.  Typically they appear separately, although the three of them teamed up to ensure the continued stability of Wampus Country when we ran The Egg of the Phoenix.

Zelena Dire, "Witch for Hire" is a young, elegant witch who lives in town in Thistlemarch.  She sells potions and oils, and will identify magic items for a fee - or a share.  When not tooling around town on her velocipede, she's at home conducting dubious experiments.  PC wizard Chauncy Woolstrike may or may not have an unrequited crush on her.  Her first appearance - the first session of the campaign - sent PCs off to capture pixies from the forest, setting into motion a long chain of events.  Zelena acquired some New Feierland mushrooms from PC Tsai Moff, which were then used to create her mushroom manservant, Orville.  Ms. Dire also used the Magic Indigo Hen to bring PC Zoltan back to life after he was flash-fried by the Terrible Turducken.

The Stump Witch lives in an old stump in the woods - she is gnarled, crotchety, and seemingly cruel.  Rumor has it she eats babies and candy, so the PCs bribed her with a baby sculpted out of marzipan.  The Stump Witch is where you go when you need a resurrection most of the time, and she was able to bring a princeling of the snow giants back to life after some dubious magic.

Granny Witherspoon is the friendly, grandmotherly witch of Saltvale, always baking cookies.  She's had the least appearances of the witches, but she did compete in the Hokum tournament and have a romantic interlude with PC cleric Ornibus Jones.


OTHER NPCs of NOTE

There are a number of other NPCs who have made multiple appearances and are slowly becoming more rounded out.

Father Andrew is the head priest at the Church of the White Mouse in Thistlemarch.  Although a number of PCs have had dealings with him, I get the impression most of 'em don't much care for him - especially since he's not on good terms with Brother Barnaby.  Barnaby - once a man, then a rust monster, now reincarnated as a halfling - has proved his loyalty to some of the PCs by sacrificing himself, and later allying with PC Nack's orphanage in Saltvale.  Barnaby is convinced of a wererat conspiracy, and is starting to convince PCs.

Hexley, Lord Chuffington, is a snobgoblin - an evolved, elitist goblinoid who minces about in a tuxedo and monocle.  Hexley is the lord of the town of Promise, north of Thistlemarch, with a population of several hundred (goblin-types and men).  He's not quite evil, it seems, but there's enough going on with him that PCs are generally suspicious, even though some of them have worked with him several times.  Hexley has alluded to having several brothers who are also snobgoblins.  Lord Chuffington is probably the "fan favorite" NPC - it's all about the silly voice.

A subgroup of the PCs had several sessions' worth of adventure with a group of faeries, including the mercenary Nightglimmer, the demure Amaretta, and the spoiled heiress Moofie Vanderpoots.  I'm sure we'll see some of them again before too long, if only because of the highly amusing sexual tension between Nightglimmer and PC wizard Pete Loudly.  Oh, and there was a marzipan golem.

After the death of the Mad Margrave of Thistlemarch - caused both indirectly and directly by PCs, of course - the keep is currently in disuse, save for the scores of poggles running about the place.  The leader of these little dog-men is Red Blanket, a poggle who gained hyperintelligence from eating strange mushrooms.  I hope we'll see more of Red Blanket, as he's been around since the proto-Wampus campaign.

The shopkeepers in Thistlemarch occasionally get some screen-time - such as the Salt Brothers, who run the tailor shop and haberdashery adjacent to a PC-owned house.  Strangely, despite many off-hand mentions of Big Clem, the sweet-but-dim man who runs the Clumsy Pig barbecue joint, we've never actually had a conversation with him on-camera.

Old Man Hut-Tep, the Gentleman Mummy, had turned up a couple of times.  He's a shambling, bandaged corpse in a waistcoat who comes to town occasionally to do business (or play Hokum), but primarily he's at work in his subterranean lair building traps and puzzles designed to help him separate the wheat from the chaff when it comes to adventurers.  Whatever Hut-Tep thinks the future will bring, apparently it's going to need top-notch murderhobos to solve, and he's been working the problem for a century.

Over in Frogport, the PCs have worked alongside the learned Professor Toadsworth, who runs the House of Curiosities, and have also had dealings with probably-skeevy financier Stirling Coalpepper.  Coalpepper funded a massive eastbound expedition last year.

Sadly, some NPCs - like the ghostly Phineas Gristle, or the batpoop-insane swamp hermit-wizard, have been killed or run off before we got much interaction with them.  But who knows what the new year will bring?  The 2012 Christmas session gave us dapper gunslinger-with-a-past Sweet Johnny Peppermint, and just a few weeks back the 2013 holiday game introduced a whole side-street full of colorful residents of Thistlemarch, including lothario duck Drake Scaupley.  Surely we'll see more of these folks in the months to come.

And fair warning to my players - Mrs. Wampus came up with a dilly of a villain/foil the other night... 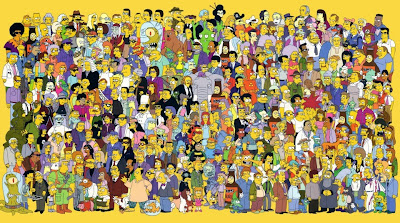