Unknown Adventures is coming soon - it's a website that will regularly be featuring systemless gaming content from a number of authors (some of which I'm sure you know), posting themed columns using the faces of some original supervillains.  It's like getting gaming advice from the Legion of Doom.

Anyway, one of the nefarious columnists is the dapper time-traveller Professor Yesterday, who will contribute occasional columns on the interface between history and gaming, and using obscure or unusual inspirations from real-world culture and history as fodder for your games.

The following is presented as a seasonal contribution from that cad Yesterday, and a preview of Unknown Adventures.  Sign up over at Unknown Adventures for notifications on the site's grand opening, and watch that space for more previews in the coming months!


When not hopping through time stealing artifacts and manipulating the chrono-stream for his own nefarious purposes, the loquacious and arrogant Professor Yesterday occasionally deigns to pen a few words on using historical events and cultures in role-playing games...

Given the season, it behooves us to take a look at Old Saint Nick and draw a historical lesson from that dominating cultural figure. You are no doubt familiar with Santa Claus, and that legendary figure’s perhaps-slight connection to Saint Nicholas. So, too, you know of the many variant Santas scattered across the globe, and how the march of time has changed our concept of the jolly old elf.

To review briefly, the whole process begins with Saint Nicholas, the Bishop of Myra, in fourth-century Turkey. St. Nick had a reputation as a worker of wonders, and for giving gifts, and thus is the kernel around which Santa Claus is built: the secrecy, the gift-giving, the placement of money in shoes. St. Nicholas becomes Sinterklaas who becomes Santa Claus, with much pagan symbolism stapled on over the years. The growth, expansion, and localization of the legend has given us the Krampus, Black Pete, flying reindeer, magic toymaking elves, an omniscient and moralizing list, and beyond. Wandering through the internet can quickly take us on a strange journey into the world of infinite Santa Claus variants - and I recommend you do so - but, as always, our purpose here is to take a look at history and apply it to your game.

What does Saint Nicholas have to do with your campaign? He is a fine illustration of the way legends and religions change, stretch, warp, and adapt over time. Consider taking a look at whatever fantastic religions you have in your campaign, and ask yourself whether they’re a little simplified. “Thurgok, the God of Fire. Does fire-stuff.” Surely that’s an excellent starting-point, but it ought not be your goal. In the real world, religions are complex, messy things that steal from one another, absorb each other like gigantic amoebae, and react to historical events and cultural change. Saint Nicholas is a great exemplar in that we begin with a historical figure and end up with myriad national variants of a legendary figure which are all fairly different yet still compatible. Would swords be drawn over what color coat Father Christmas must wear? Perhaps not.

Regional variants of legendary figures and gods is not the only issue; there is also their agglutinative nature. Saint Nicholas is not just a toymaker and gift-giver, after all. He is also the patron of pawnbrokers, barrel-makers, archers, and the falsely-accused! These juxtapositions seem odd, perhaps, but that’s precisely the point - the real world is odd. Real religion, real culture, is not designed to fall neatly into four elements or nine alignments or whatever other metastructure a game designer or GM has elected to use to sketch things out. You’re not making a Mondrian, here - you’re making folk art, ie something that looks like real people came up with it over time. Real culture is a mess. Thus, Professor Yesterday advises you to look at your in-game religions (and cultures) and make them a little more messy than they already might be.

If your fantasy campaign has a polytheistic setup and you’re working with a list of deities, invest the time to add incongruous details. Remember that in the Greek pantheon, horses are associated with Poseidon, the god of the sea; use that as a touchstone. Go down your list of deities and add one seemingly-incongruous association to each of them. It doesn’t matter how strange - use a random table (or the ‘random’ function on Wikipedia) for inspiration if you like. Then consider why your fire god - our old friend Thurgok - also has something to do with turtles. You might get a neat myth out of it, or a more logical association (turtle, natural armor, the forge, fire god) that actually makes a kind of sense the more you think about it. Distance in time and space makes allowances for the truly strange, and perhaps your modern campaign denizens don’t even recall the original association or legend. Recall that it took sixteen centuries for a generous bishop to transform into something which inspires the annual erection of inflatable lawn-idols.

You may also wish to apply this thought process to other bits and bobs within your campaign, in an attempt to build verisimilitude (a dread and charged word indeed). What about heraldry? How many fantasy or pseudomedieval campaigns have you seen in which the noble houses are all ably represented by wolves, bears, deer, gryphons, and dragons? It must be very nice to be a member of one of those houses, but at some point you reach the fantasy equivalent of the Reservoir Dogs problem where everyone wants to be Mr. Black, in competition to be the greatest heraldic tough guy. But when you take a look at real heraldry, it’s not all “wicked monster my ancestor slew” -- somebody ends up being an anchor, a pelican, or a chalice. Might it not be more interesting to have something more subtle as your heraldry, and then consider the backstory of how it was earned? The knight with the wolf on his shield might be yawn-inducing, but the knight whose tabard bears a dead squirrel in a stewpot? I want to hear his story.

For many campaigns, the creative process is collaborative, and players are allowed or even encouraged to make up cultural and religious details in advance, or on the spot. This setup will likely give you the most “realistic” progress, as you have contributors with very different ideas all attacking the same problem, with suitable twists and turns. If the player of your party cleric is the sort of person who’s very comfortable making up stories on the spot (“Yes, of course, everyone knows the tale of the paladin and the scarecrow. It’s why I keep sardines in my boots”) you’re in for a lot of ongoing culture-building at the table.

Think about a modern holiday - any of the big ones will do - and consider the complex of legends and associated items that go with it, thanks to the march of history and the tendency of religions to cannibalize one another. That kind of seeming ridiculousness lies at one end of the spectrum - the realistic end. At the far end is the lamentable Thurgok the Fire God, about whom we know nothing save perhaps his cosmic alignment and the fact that he really, really likes fire. Somewhere on that continuum lie the faiths you’ve included in your campaign; I encourage you, in the giving spirit of Saint Nick, to invest a little time in moving them a smidge further from poor old Thurgok. 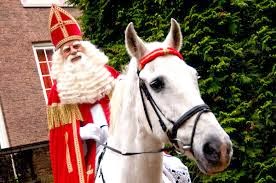